My photographic journey through the Rivoli in 1987 would not have been possible without the help and support of the Rivoli employees.

During the time I spent with them I learned a lot about the Rivoli, and also heard the name of Milo Snell many times over.

Milo was a projectionist and all-around handyman who worked at the Rivoli and other downtown movie houses. I’m not sure of the dates of his tenure, but he was well known by Dave Battas Sr. and his family.

Dave was acquainted with Milo for many years—at the beginning of his career, Dave worked for the operators of the Rivoli—the Y&W Management company—starting in the early 50’s, and he later purchased the theater and operated it in the 1970’s with his wife Wanda and two sons.

“Milo had a room in the basement with a lot of his equipment,” Dave said. “He had the room with parts down there, and if some theater needed it, why, he’d run off and help them fix it. Milo was a great guy. I can still picture him as an older gentleman with gray hair and glasses, and chewing on a cigar!” 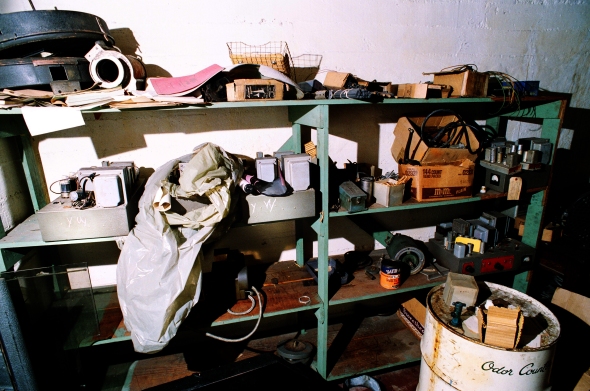 During my tour of the Rivoli back in 1987, a couple of the employees mentioned to me that the ghost of Milo Snell might be inhabiting the theater.

Indeed, during my visit, lights in the basement workshop area would inexplicably turn themselves off and on.

Rivoli employees arranged the marquee letters in the basement storeroom to spell out "the once and future Milo". Photo by John D. Disher, c1987.

I entered a small room in the basement through a tiny door, which was actually a metal air handling chamber, and discovered two old chairs illuminated by a single light bulb and isolated from the rest of the world.

One was a high-backed stool, and the general consensus among the employees was that this was Milo’s projection booth chair, still reserved for use in his now ethereal form. 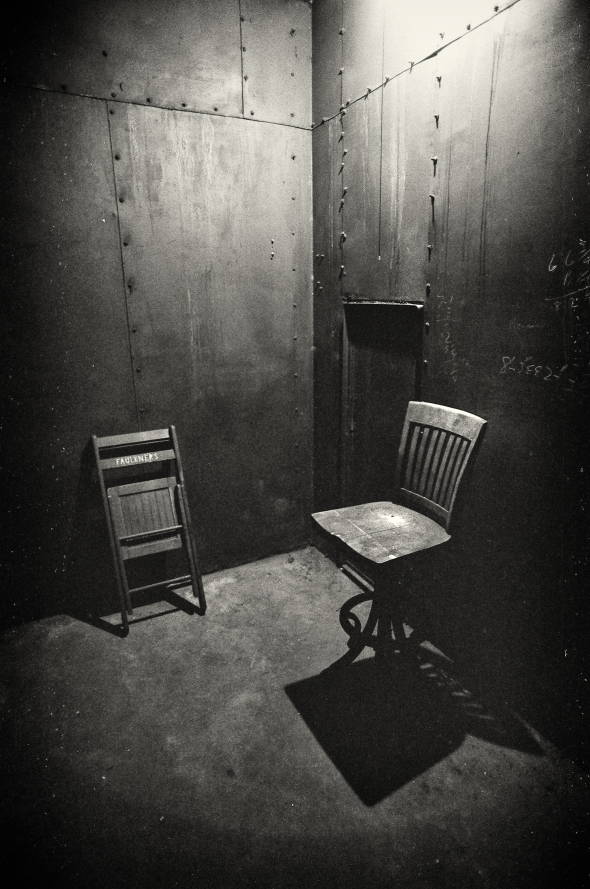 I would return to the Rivoli a few days later and purchase that same chair during a public sale. I’ve had it for 25 years and thankfully it’s not exhibited any paranormal activity during that time!

Over the years I’ve often told the story of the chair’s history…so it was a disappointment when Dave Battas recently told me that it probably wasn’t Milo’s. He said none of the employees in 1987 would have had knowledge of what chair Milo would have used.

And Dave told me to forget the business about Milo haunting the theater, or at one time living in the basement as stated in the newspaper article the Final Curtain Falls. Milo had his own house and was a wonderful asset to the local community during his tenure with Y&W. Its extremely unlikely that he had returned to haunt the Rivoli.

Most likely, I’d probably been the victim of an overly enthusiastic imagination.

Darn. So much for the ghost story. Well, it is a great chair and I will continue to enjoy it.

This entry was posted on April 30, 2012 by jddisher. It was filed under Uncategorized .